There are few things we’ve been working on recently, and with this blog post we will give you some information and a general idea. 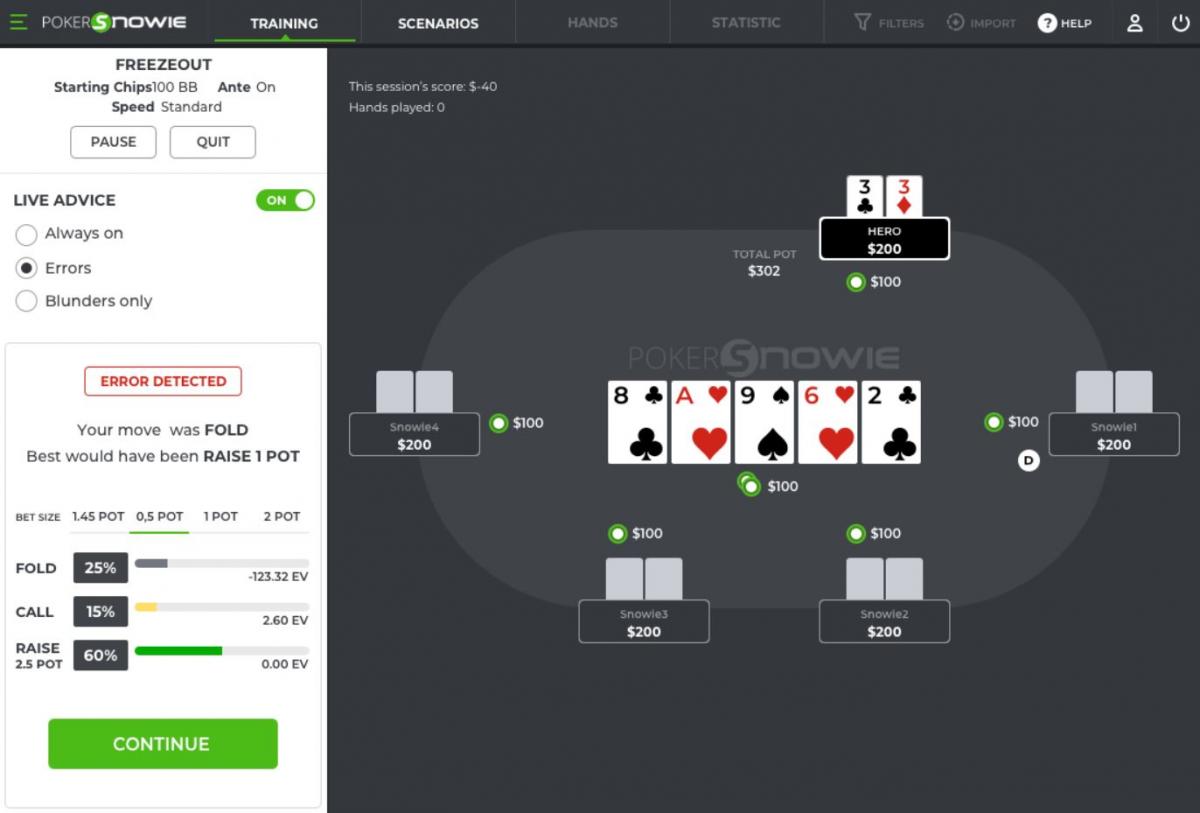 After a few years out there, we decided to review the PokerSnowie user interface, to make it more modern and intuitive. But the main goal of this new development is for us to make a version which is multiplatform and in particular which is compatible with the Mac operating system. This is why the first release of the new version will actually be deployed for Mac users, who have been asking us for a while now for a version which would work on their favourite operating system.

Initially the Mac compatible version of PokerSnowie will contain the Training features and a partial version of the scenarios. Actually, the only scenarios-related feature that’s missing will be the ability to save a scenario and open a saved one, but this will come soon anyway.

Still under evaluation are the other features, which will be implemented over time, also depending on the customers’ demands and needs.

We are aiming to release this new version by the end of the summer.

We have been criticised often for the format of our hand range feature, which is very important for any serious poker student, and which we admit is not really intuitive. A grid format, like the one used in applications like, for example, Flopzilla, would be better and would better help our users’ understanding of the various ranges and how they change according to the players actions.

A first prototype of this feature is already done, but we need some time to debug and test it. Therefore we prefer now to focus on the Mac compatible version and once this is out, we will work to finalise the Postflop table.

We do have a new NL AI, developed with a completely different technology, which shows very good results during our simulations against the current PokerSnowie version. Our AI team is evaluating how to proceed in the future and our current idea is to release the option for the user to train against this new version, but we need to think about several details and how to approach the whole experience, in order to keep the learning and training flow consistent for the user. We might be ready to release this new version early 2020.

If you have any further questions or curiosity about our plans, just drop us an email at support@pokersnowie.com and we will be happy to answer.