Old vs New AI: Bluff raise on the flop 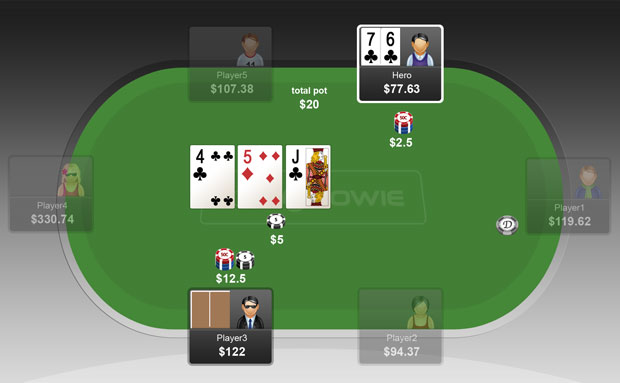 The hand: hero won the pot by raising with the flush/straight draw. Even against a weak hand, hero might have been in trouble on future streets if he had just called.

In this example, hero opened with suited connectors from the cut off and everyone other than the big blind folded. Hero flopped the world with a straight and a flush draw. He did bet in continuation and faced a big check raise.
So what is the optimal play? Of course folding is out of question as hero’s hand wins more than 40% against a set and 50% against 2 pairs. So should hero call or raise?

Evaluation from the old AI = Call

Evaluation from the new AI = Raise (most of the time)

At a first glance, the call is tempting, this is why:

The problem with calling is that hero will face a difficult decision on most of the turns:

The most favourable outcome is to hit a straight on the turn, as then the hand is very deceptive and should extract maximum value. However even if his hand has very strong equity against villain’s range, hero only has 7 high and therefore he should push his equity on the flop. If he calls, hero allows villain to realize their equity. The 3bet gains a lot when it forces villain to fold top pair or a better flush draw; either on the flop or on the turn if villain calls the 3bet. Considering there are already twenty blinds in the pot, it's a nice win to grab without a contest.

Therefore in summary, I agree that raising is a much stronger move. However in order to balance its calling range, the new AI will still call 13%.

As an interesting digression, we can use the PokerSnowie scenario evaluation tool to examine several hands where hero would be better to call: 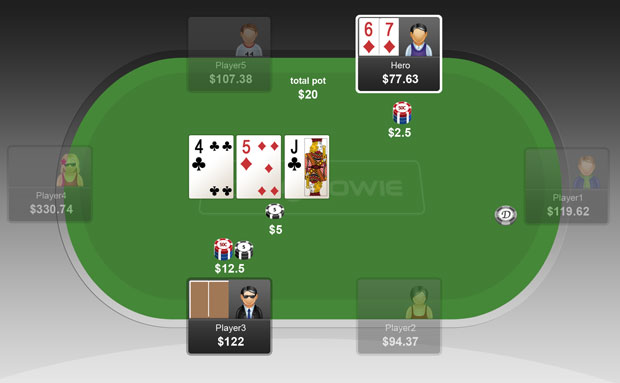 With a straight draw and a back door flush draw. Hero's draws are well disguised and should get value when he hits. This call allows hero to bluff and represent a flush when a club hits.

With the nut flush draw. Hero doesn’t want villain to fold the worse flush draw especially with the Kc blocking the second nut flush draw. Also, improving to an over pair might be enough for hero to win at show down. 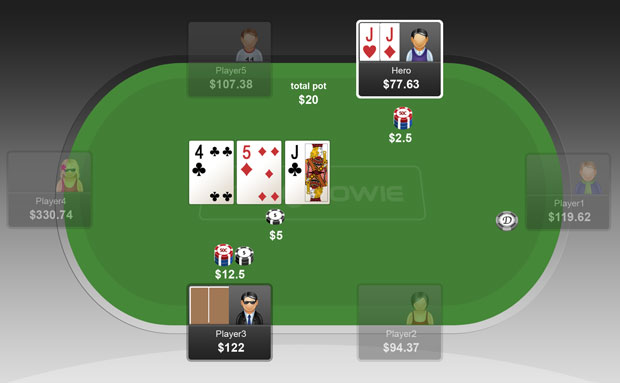 With top set, hero can bluff catch confidently on future streets. He blocks most of villain's combos of top pairs. If villain has an under set, the money should go in later anyway.