PokerSnowie well ahead of its challengers 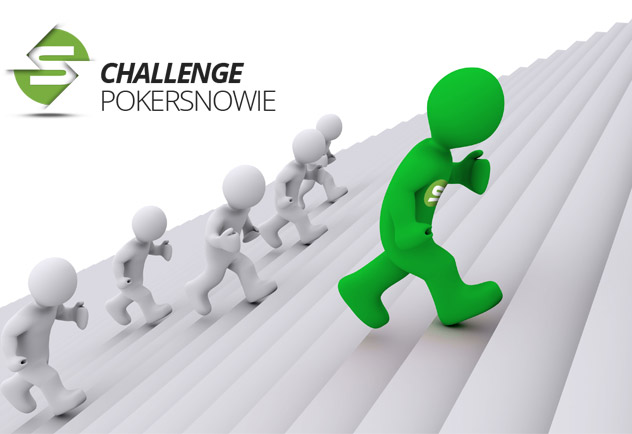 Since the release of Challenge PokerSnowie in PokerCoach on Thursday 12th December, several thousand players have already tried their hand against the most advanced NL Hold’em artificial intelligence.

So we thought we would share how PokerSnowie has been doing against its human challengers.

We collected all the hands played in the first week since the release of Challenge PokerSnowie, up until Thursday 19th.

180,496 hands had been played in total and the average error rate for all players was rated as intermediate with a score of 16.52.

And PokerSnowie won an impressive 24.23 big blinds per 100 hands.

But we know that averages don’t always tell the full story. So we dug a bit deeper.

We started by removing the games we felt would not have any real relevance. Anything under 100 hands played, and any play with an error rate above 25 we deemed as non-reliable.

We then segmented the data according to our error rate classification to understand how PokerSnowie’s win rate was evolving around the competition level.

Results once again speak for themselves

Finally, we decided to simply consider challenges that included at least 1000 hands, as those would have more statistical significance in terms of overall win rate.

Although it is still early days to make any drastic conclusion, it is already very clear that PokerSnowie wins against the vast majority of its challengers, and overall in significant proportions.

We’ll continue to publish results on a regular basis.

In the meantime, please continue to challenge PokerSnowie - And we'll publicly acknowledge any challenger who manages to beat PokerSnowie over 5000 hands.

Congts to Snowie :) One thing I could not comprehend: I played around 500 hands in Challenge Snowie, 9 man cash format. Here how is the calculation done? I played with 8 snowies - Obviously one snowie beats another. My rating was expert level. Maybe I could not express my question properly, In the above calculations, would you take into account the combined performance of 8 snowies? Then wouldn't it be neutral? Well, my poker is improving in a geometrical way, and I am sure, within few days I would be moving up to higher stake levels at pokerstars. Thanks to Snowie!

Hi LastTricks, Your performance is rated independently of the play of the opponents. All the "PokerSnowies" play "optimally" in the sense that they would have an error rate of zero according to themselves. Your rating depends on how you played your own hands. Good luck at the tables, and let us know how you progress. Best wishes.

I enjoy playing against PokerSnowie, I think it's a nice software. Congrats :) I'm curious, that in this case, how the bb/100 is calculated for PokerSnowie. I mean for example: 6max cash game, 5 Pokersnowie. I play 100 hands, and losing 10 bb's, my winrate is -10bb/100. I played against 5 PS, is their winrate 2bb/100 or 10bb/100 in your calculations? Because 10bb/100 would be a little misleading I think, just as 2bb/100 ofc. It would be only correct in my opinion, if only one Pokersnowie would play against 5 human players on a 6max table. It would be awesome to know, that how PokerSnowie perform in HU, 6max and FR. :) Thank you for the answer!

I guess it's only variance that PokerSnowie won only around 1bb/100 vs expert players? In theory it would win less against a lower error rate, right?

You're absolutely correct. Obviously there are only few hands at Extra terrestrial level so the figure there is a lot less relevant. But the lower win rate of PokerSnowie at expert level is interesting - we will certainly watch how it develops over time as more hands get played.

Actually, the rather interesting question is why Snowie's money win-rate is lowest against "expert-level" play. It once again increases against "World Class" and ET play. Granted, there is not a 1-1 correlation between money won and skill level. The variance is called luck. (Good and bad). However, over time we would hope that money flows towards the person who makes the fewest errors. And GTO play should not be exploitable. So, why is the money won by Snowie increasing against World Class and ET players? Is this a sample size issue? Certainly the sample size at the ET level is pretty small. But what about the World Class sample size? Too small to be meaningful?

Hi Terry, very good questions. ET level is definitely not meaningful with less then 1000 hands at that play level. Overall, the sample size is probably still on the low side, and so there will be a large element of variance. With time we expect indeed to see some correlation between win rate and play level. We'll be following those results closely and share them along the way.

i played at least 100 hands maybe 150 against snowie at HU 1-2 NL cash. i was up +140.5 BB I believe and then the game froze. now everytime i try to open snowie it automatically crashes as soon as the first hand deals. any idea? bought laptop last week windows 8, ill reboot my pc also and see if this works as well. i am enjoying the software so far, its the closest "fake money" poker that feels like its for real cash. makes me think, snapped a couple of his bluffs, find he doesnt 3bet much although maybe he is feeling me out before the crash lol!

welcome i m a french player and i win for 5000 hand vs pokersnowie . I send a mail and i want a answer . Thank you

Hello, email sent. Congratulations on managing to beat PokerSnowie - And I can confirm this is correct indeed, you played just above 5000 hands with an overall win rate of 5.58 bb/100. In winning you have joined a total of 8 players that have so far managed to beat PokerSnowie over a larger sample. We'd love to hear from you about the experience and whether you are finding this is helping you to improve your game. All feedback welcome!

Hi Beruriernoir, with 5002 hands played and a win rate of 18.27 bb/100, you are currently the top "challenge PokerSnowie" champion! Well done. Of all players who have played in excess of 5000 hands against PokerSnowie, total winrate of PokerSnowie is still a pretty large 14.46 bb/100 ( that's over a 190K hand sample).