PokerSnowie challenge - The results are in! 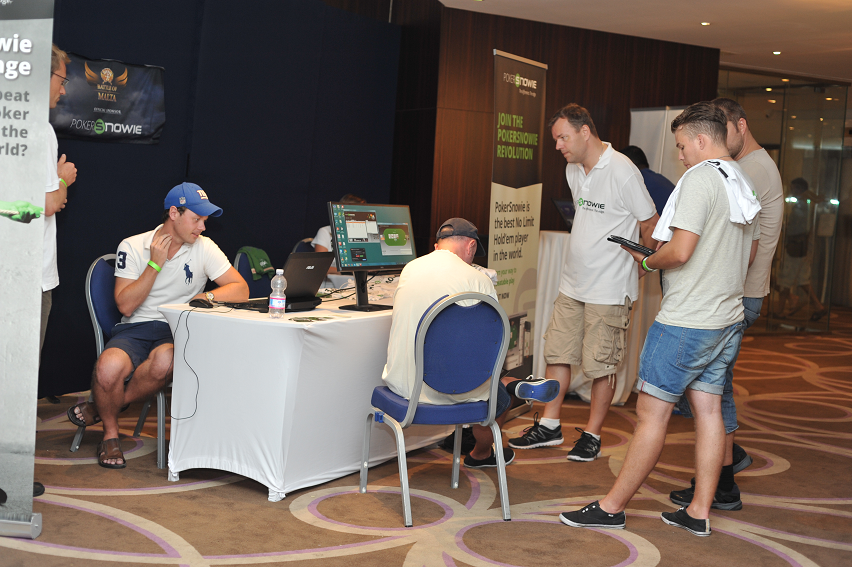 During the four days of the Battle of Malta tournament at Casino Portomaso, players and visitors had the opportunity, for the first time ever, to play against PokerSnowie on PokerTrainer.

Whilst impressive, with about 8000 hands played in total, the variance still plays an important role. So we applied a variance reduction algorithm to calculate the level of luck of PokerSnowie.

And PokerSnowie was somewhat lucky. In All-in situations, the cards turned slightly in its favour.

Looking at all situations, however, PokerSnowie was largely unlucky overall. Based on our variance reduction calculation, the real outcome should have been 1689.45 blinds won!

This would translate into an impressive win rate of over $2 per hand at a $5/ $10 real money table.

So for now, PokerSnowie has truly and fully earned it's Battle of Malta nickname: "call me unbeatable".

PokerTrainer will be released on iPad in the coming month - allowing anyone to challenge PokerSnowie and train with it, and take your game to the next level.